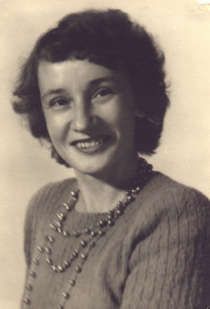 Tat’yana Avenirovna Proskuriakova () ( – August 30, 1985) was a Russian-American Mayanist scholar and archaeologist who contributed significantly to the deciphering of Maya hieroglyphs, the writing system of the pre-Columbian Maya civilization of Mesoamerica. Tatyana Proskuriakova moved to the USA with her parents in 1916. In 1924, she accepted American citizenship. She graduated from the College of Architecture in Pennsylvania (1930). In 1936-1937, she took part in two seasons of archaeological expedition to Piedras Negras (Mexico). In 1939, she made scientific trips to Copan and Chichen Itza. In 1940-1958, she was a staff member of the Carnegie Institute and developed methods of dating ancient Mayan monuments based on the peculiarities of the fine arts style. In 1950-1955, she worked at the excavations of Mayapan. In 1958, Proskouriakoff moved to the Peabody Museum at Harvard University, where she worked until her retirement in 1977. In her final years of life, she suffered from Alzheimer's disease. The most significant scientific contribution of Tatiana Proskouriakoff is considered to be the consistent application of the structural method to Mayan inscriptions of the classical period, as a result of which she proved that historical events were recorded on the monuments. Publications about new method application have been published since 1960. In 1967, she wrote the preface for the English translation of Yuri Knorozov's monograph "Writing of Maya Indians". However, she did not try to voice Maya texts, although she recognized the method of deciphering the written language.

Her work laid a solid foundation for understanding Mayan historical texts and reconstructing the political history of Mayan city-states. In 1974, she prepared a catalog of 1000 jade products from the sacred cenote Chichen Itza, kept in the Peabody Museum. Proskouriakoff worked for over 20 years on the consolidated history of the Maya, which was published posthumously in 1994. She was a full member of the American Anthropological Association. In 1971, she was named Woman of the Year in the Pennsylvania State University nomination. Proskouriakoff is an Honorary Doctor of Tulane University (1977). She was awarded the Alfred V. Kidder Medal (1962) and Order of the Quetzal from the Guatemalan government in 1984. In 1998, part of Proskouriakoff's ashes was buried in the "J-23" building on the Acropolis in Piedras Negras, which she depicted in her archaeological reconstructions. Provided by Wikipedia
1