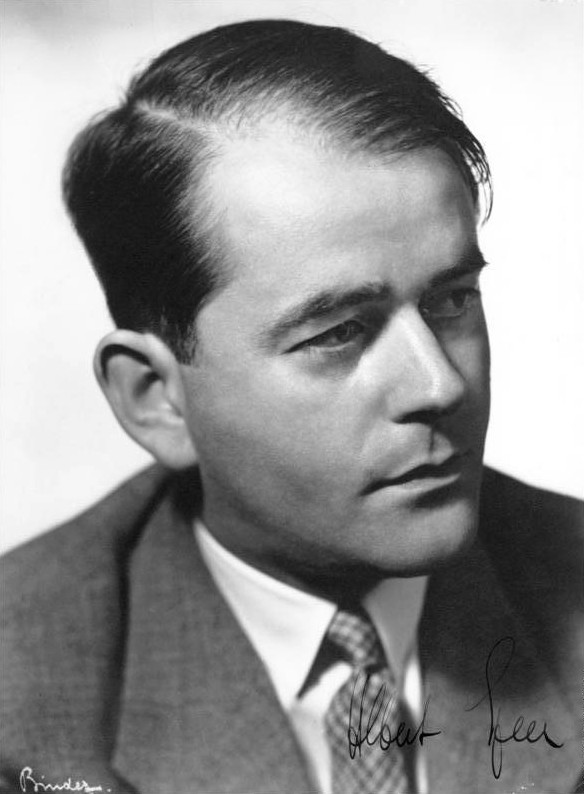 Albert Speer (; ; March 19, 1905 – September 1, 1981) served as the Minister of Armaments and War Production in Nazi Germany during most of World War II. A close ally of Adolf Hitler, he was convicted at the Nuremberg trials and sentenced to 20 years in prison.

An architect by training, Speer joined the Nazi Party in 1931. His architectural skills made him increasingly prominent within the Party, and he became a member of Hitler's inner circle. Hitler instructed him to design and construct structures including the Reich Chancellery and the Nazi party rally grounds in Nuremberg. In 1937, Hitler appointed Speer as General Building Inspector for Berlin. In this capacity he was responsible for the Central Department for Resettlement that evicted Jewish tenants from their homes in Berlin. In February 1942, Speer was appointed as Reich Minister of Armaments and War Production. Using doctored statistics, he promoted himself as having performed an "armaments miracle" that was widely credited with keeping Germany in the war. In 1944, Speer established a task force to increase production of fighter aircraft. It became instrumental in the exploitation of slave labor for the benefit of the German war effort.

After the war, Speer was among the 24 "major war criminals" arrested and charged with the crimes of the Nazi regime at the Nuremberg trials. He was found guilty of war crimes and crimes against humanity, principally for the use of slave labor, narrowly avoiding a death sentence. Having served his full term, Speer was released in 1966. He used his writings from the time of imprisonment as the basis for two autobiographical books, ''Inside the Third Reich'' and ''Spandau: The Secret Diaries''. Speer's books were a success; the public was fascinated by an inside view of the Third Reich. Speer died of a stroke in 1981. Little remains of his personal architectural work.

Through his autobiographies and interviews, Speer carefully constructed an image of himself as a man who deeply regretted having failed to discover the monstrous crimes of the Third Reich. He continued to deny explicit knowledge of, and responsibility for, the Holocaust. This image dominated his historiography in the decades following the war, giving rise to the "Speer Myth": the perception of him as an apolitical technocrat responsible for revolutionizing the German war machine. The myth began to fall apart in the 1980s, when the armaments miracle was attributed to Nazi propaganda. Adam Tooze wrote in ''The Wages of Destruction'' that the idea that Speer was an apolitical technocrat was "absurd". Martin Kitchen, writing in ''Speer: Hitler's Architect'', stated that much of the increase in Germany's arms production was actually due to systems instituted by Speer's predecessor (Fritz Todt) and furthermore that Speer was intimately involved in the "Final Solution".